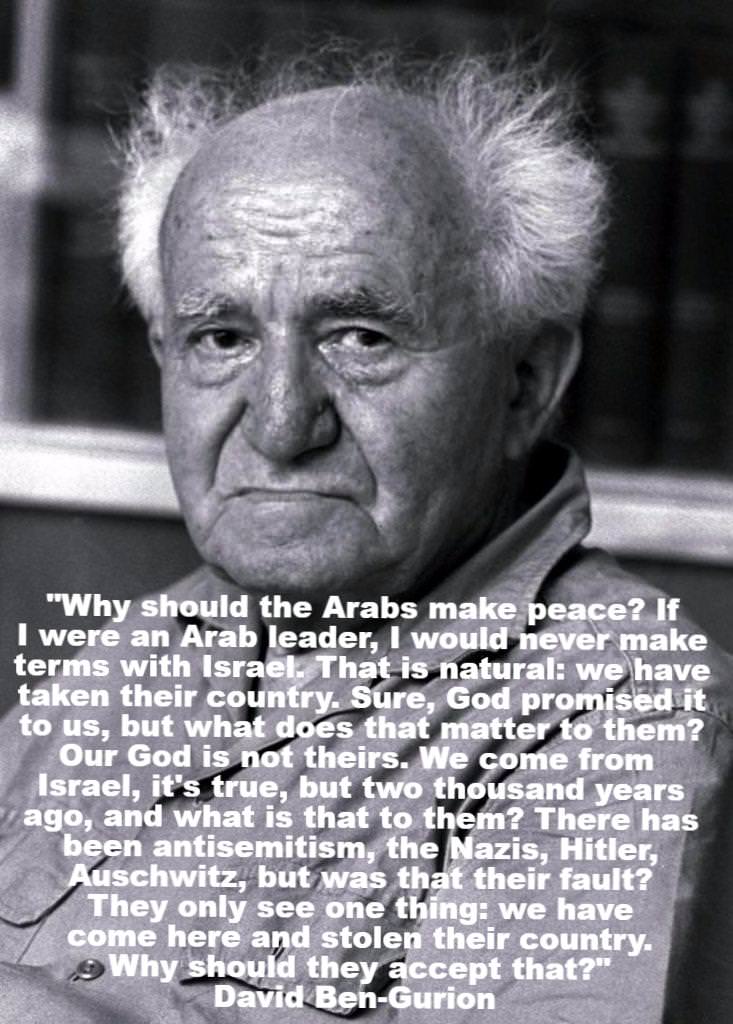 David Ben-Gurion was the primary national founder of the State of Israel and the first Prime Minister of Israel. Wikipedia

thedoughb: I mean he makes a good point at least. Not that the Israelis have any interest in Peace because they thrive on war

Amos_Quito: Ben-Gurion’s references to “God” were strictly for political advantage.

[Like Theodor Herzl, the Founding Father of Zionism, Ben-Gurion was an atheist.](https://en.wikipedia.org/wiki/List_of_Jewish_atheists_and_agnostics)

Q. What do you call an Atheist Zionist?

N210: They came to our… Mostly uninhabited desert wasteland,
And left behind nothing but cities, infrastructure, and education.