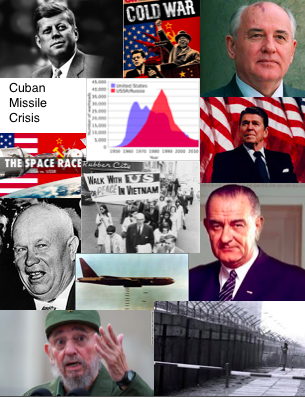 gnikivar2: I do not think the Marshall Plan is a key variable in explaining the difference between Communist and non-Communist economies during the Cold War. My background is in economics rather than history, and I strongly suspect this is an area where historians and economists disagree, so keep that in mind.

The economic theory underpinning my answer is the Solow-Swann Growth Model (this is the standard model that most economists use to understand growth). The key assumption is that output per worker is a function of capital and “knowledge” (the process through which capital and labor are mixed) and that the marginal returns to capital steadily decline. I can get into the specifics of the Solow Model if people are interested, but one prediction is that if the capital stock (say through a decade of brutal war , constant bombing and mass violence) was suddenly wiped out, you would expect rapid capital accumulation and growth in the aftermath and that a massive infusion of capital would have fairly modest impact.

So, to the actual evidence for my claim. Finland and Spain did not receive Marshall Plan aid. Finland has historically been part of the Russian Empire, and it was so close to the USSR that maintaining cordial relations with the USSR was seen as absolutely vital. As a result, Finland chose not to accept Marshall Plan aid. Spain, a neutral sympathetic to the Axis powers, also did not receive Marshall plan aid. Finland had one of the fastest growing economies in the world during the postwar period, and while Spain’s initial economic recovery was slow, it too became one of the fastest growing countries in Europe after the implementation of economic liberalization in 1959. The UK, the largest recipient of Marshall Plan, was one of the slowest growing economies during the postwar period. Moreover, Marshall Plan aid as a share of GDP rarely exceeded 2%, and was hardly large enough to be instrumental anywhere. All of this points to the idea that the Marshall Plan was less central in it’s direct economic effects. There’s De Long’s explanation that emphasizes how the Marshall Plan was an inducement to keep a capitalist economic structure, a sort of highly succesful proto Structural Adjustment Plan.

That said, ParallelPain makes an important point that Eastern European countries were historically much poorer than Western Europe. The communist countries quite closely follow historical patterns of development, especially the second serfdom (the early modern process where by serfdom was reintroduced to much of Eastern Europe). For example, East Germany was much poorer than west Germany before WWII. The gaps between east and west today preceded the Cold War by centuries.

So what do I think of Communism? There are some really serious problems with how Communist economies operated. But people often forget the major accomplishments of communist countries in investing in public health and general education. If you look at historic estimates of European GDP, one striking thing is that if you look at standards of living before the Cold War, they are pretty similar in many of the poor countries of southern europe that did not adopt communist governments, and the Eastern European countries that did. For example, per capita income in Poland and Portugal were roughly similar in 1929. At the end of the cold war, per capita income in Portugal was almost double that in Poland. However, the reduction of social inequalities by the Communist governments and the major investments in human capital made it easy for Poland to adapt to globalization. Poland has grown much faster than Portugal over the last thirty years, and standards of living in Portugal and Poland are again pretty similar. Indeed, I think it’s not unreasonable to expect Poland to be much wealthier than Portugal ten or fifteen years from now. That said, not all countries adapted to the changing economic climate as well. Some post-Communist countries like Moldova and Uzbekistan fell into political and economic chaos. This is getting into current events, so I’d end this by saying that while communism might be an inefficient system (and of course, there were massive human rights abuses under many communist countries) it’s also hard to argue that Communism set countries up to fail in a post-communist world.

A contribution to the theory of economic growth, RM Solow

ParallelPain: Related: how did the annual GDP growth rate compare for Eastern bloc and Western European countries throughout the Cold War? Did Eastern Bloc countries end up being poorer because they had slower growth, or because they started out poorer?

Previous Post: « Anyone know where this old(ish?) song came from?
Next Post: What prompted the Greek Ptolemaic Pharaohs to adopt brother-sister incest within a single generation? »