In spite of taking in a record-breaking amount of taxes in 2017, the US government managed to lose a whopping **$1.2 TRILLION dollars**, or $2.2 million—every single minute of 2017.

The Goldman Sachs insider who was appointed as the Secretary of the Treasury, Steven Mnuchin celebrated the report, noting that he was “pleased to present the Financial Report of the United State Government,” which showed a loss of $1.2 trillion.

That’s simply staggering… It’s larger than the size of the entire Australian economy.

After the opening message celebrating their utter incompetence in managing a budget, the report goes on to note how the US government spent a trillion more dollars than they had. This loss of money will ensure that future generations will be forever burdened with the impossible task of paying back the debt to the Federal Reserve.

Illustrating the gluttonous nature and disturbing spending habits of the empire that is the United States, the US Treasury released its financial report from 2017 showing that the government lost $1.2 TRILLION dollars in 2017. According to the report :

“The Government’s gross costs of $4.6 trillion, less $431.9 billion in revenues earned for goods and services provided to the public (e.g., Medicare premiums, national park entry fees, and postal service fees), plus $356.5 billion in net losses from changes in assumptions (e.g., interest rates, inflation, disability claims rates) yields the Government’s net cost of $4.5 trillion, an increase of $128.8 billion or 2.9 percent over FY 2016. Deducting $3.4 trillion in tax and other revenues, with some adjustment for unmatched transactions and balances, results in a “bottom line” net operating cost of $1.2 trillion for FY 2017, (an increase of $105.0 billion or 10.0
percent) over FY 2016.”

In 2017, the United States lost over $3 billion every single day and somehow these people think this is sustainable.

What’s so ominous about this loss is the fact that in 2017, the US government took in a record high $3.3 trillion in taxes and they still managed to lose $1.2 trillion.

As Mnuchin points out in the opening statement, the United States experienced amazing growth, consumer and business confidence are at two-decade highs, and inflation is low and stable. Yet still, they lost $1.2 trillion!

Imagine for a moment what that loss would look like in a recession, or a financial crisis.

As Simon Black points out in an article on Sovereign Man, “If the government loses $1.2 trillion in a GOOD year, how much do you think they’ll lose in a BAD year? How much will they lose when they actually do have a recession to fight? Or another war. Or a major banking crisis?

“More importantly, how long can something so unsustainable possibly last?”

The answer to that question is, not long.

The national debt is a ticking time bomb. As indicated in their own report, the US government calculated its net worth and the result is mind-boggling.

But the fun doesn’t stop here.

Further in the report, the government reviews its own assets and liabilities… effectively calculating its “net worth”.

The end result is your net worth. And hopefully it’s positive.

The government’s is hopelessly negative: MINUS $20.4 trillion. (See page 55 of the report.)

And that’s worse than its result from the previous year’s MINUS $19.3 trillion– meaning that the government’s net worth decreased by about 6% year over year.

To be clear, a net worth of negative $20.4 trillion means that the government added up the values of ALL of its assets. Every tank. Every aircraft carrier. Every acre of land. Every penny in the bank.

And then subtracted its enormous liabilities, like the national debt.

The difference is negative $20.4 trillion, i.e. the government has far MORE liabilities than it has assets.

If the government were a business, it would have gone bankrupt long, long ago.

As Black notes, it gets worse:

“And according to the government’s own calculations (on page 58), the “total present value of future expenditures in excess of future revenue” for Social Security and Medicare is MINUS $49 TRILLION. Essentially this means that the two largest and most important pension and healthcare programs in the United States are insolvent by nearly $50 trillion. Altogether, the government is in the red by almost $70 trillion.”

What’s more, no one in the mainstream media is reporting on this. Everyone is simply riding the runaway train acting like everything will be just fine.

But then again, what else would you expect from an establishment that considers the idea of spending $24,000,000 on a refrigerator for an airplane, a bargain? When presidents spend hundreds of millions of dollars on vacations, it should come as no surprise that our great great grandchildren will be forever in debt to the central bank.

It is also important to point out that in spite of record profits by the world’s largest banks, these same banks are predicting a major stock market collapse. What will happen then, when the US government has to bail out Wall Street again?

The government is a black hole of spending and debt and the citizens are on the hook for it.

It may take several years to feel the full impact. But it would be utterly foolish to believe that this time is different.

The next question is,

Will This Cause The Dollar To Collapse In 2018 As A Result?

When the crash occurs, it makes hyperinflation look like a day in the park. 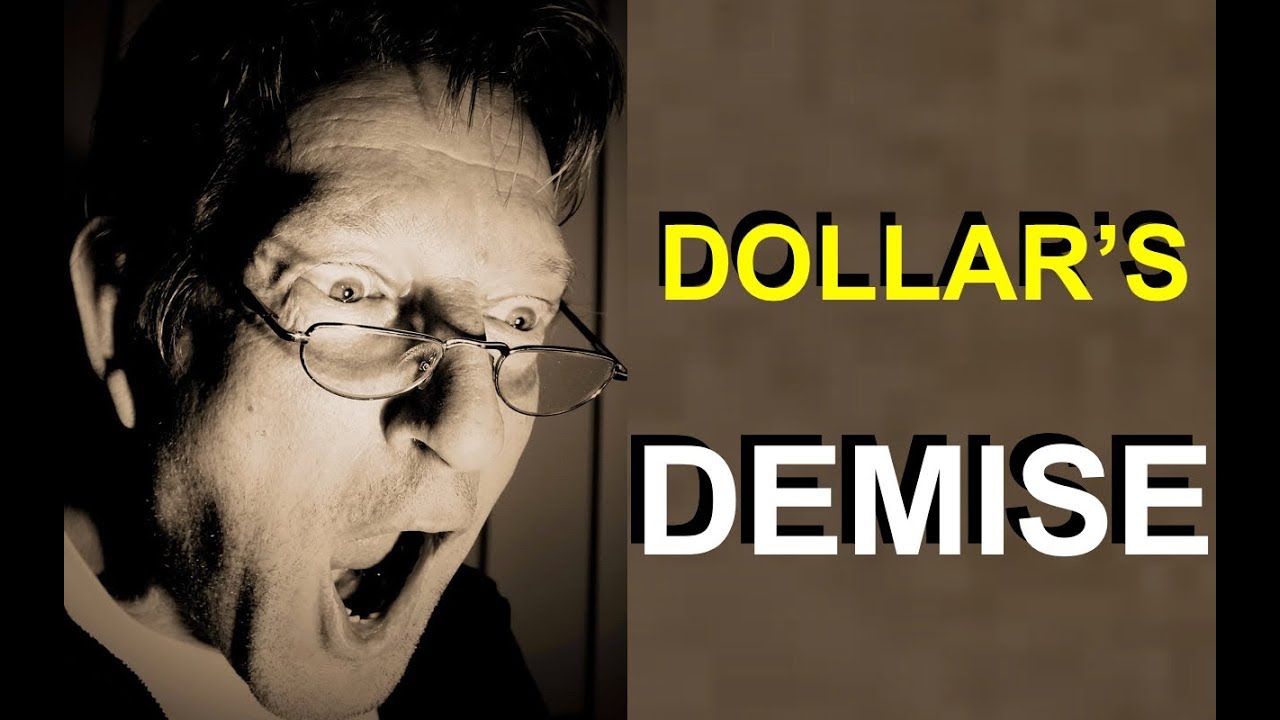 « Is Herpes the Biological Weapon of Mass Destruction to be deployed to install New World Order?
Police Surveying the Damage in the Burnt-Out Reichstag Plenary Chamber, 27th February 1933 »