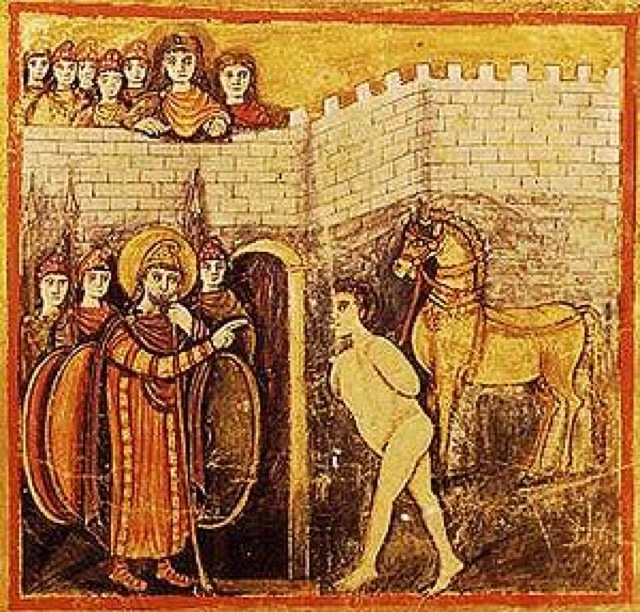 bitparity: So I just finished reading “Through the Eye of a Needle,” Peter Brown’s big book from 2012, and he offered an interesting perspective, which is slightly different from the standard scholarly perspective as recounted by /u/thejukeboxhero.

He said the main problem of our conception of the nobility/aristocracy, is that of a monolithic unit both in Late Roman periods and Early Medieval periods. He said, that was not actually the case, based on the context of the evidence of those complaining the most about the power of both, that of the bishops.

He said that the 5th century Late Roman “aristocracy” saw an accelerated division between the greater aristocracy, which were able to maintain power through their control of wide ranging landed estates and direct proximity to the imperial state, and the lesser aristocracy, who comprised a slightly lower but still rich class in service to the empire.

What happened was, after the multiple sacks of Rome, the fragmentation of the western empire, and the demise of the centralized state, the power of the greater aristocracy waned, while the power of the lesser aristocracy increased alongside the church, because now they could turn to regional barbarian kings as political alternatives.

Over time, this lesser aristocracy became the new nobility, while the formerly greater aristocracy stuck around, but in reduced form as regional leaders.

So what that means, according to Brown, is that the nobility of the early middle ages was likely more descended from the curiales and the lesser service aristocracy of the Late Empire, but it was less directly connected to the great aristocratic families, like the Anicii.

But likely, because wealth tends to beget wealth, this formerly greater (but now lesser in the barbarian age) aristocracy would intermarry and integrate with the new nobility in order to secure power again.

But as to what percentage of “blood descent” (which is a tricky question anyway) early medieval nobility was comprised of greater Late Roman nobility? We will never know.

Previous Post: « Sovereign Citizens Fail in Court
Next Post: “Don’t you find it odd,” she continued, “that when you’re a kid, everyone, all the world, encourages you to follow your dreams. But when you’re older, somehow they act offended if you even try.” Ethan Hawke »