“Don’t you find it odd,” she continued, “that when you’re a kid, everyone, all the world, encourages you to follow your dreams. But when you’re older, somehow they act offended if you even try.” 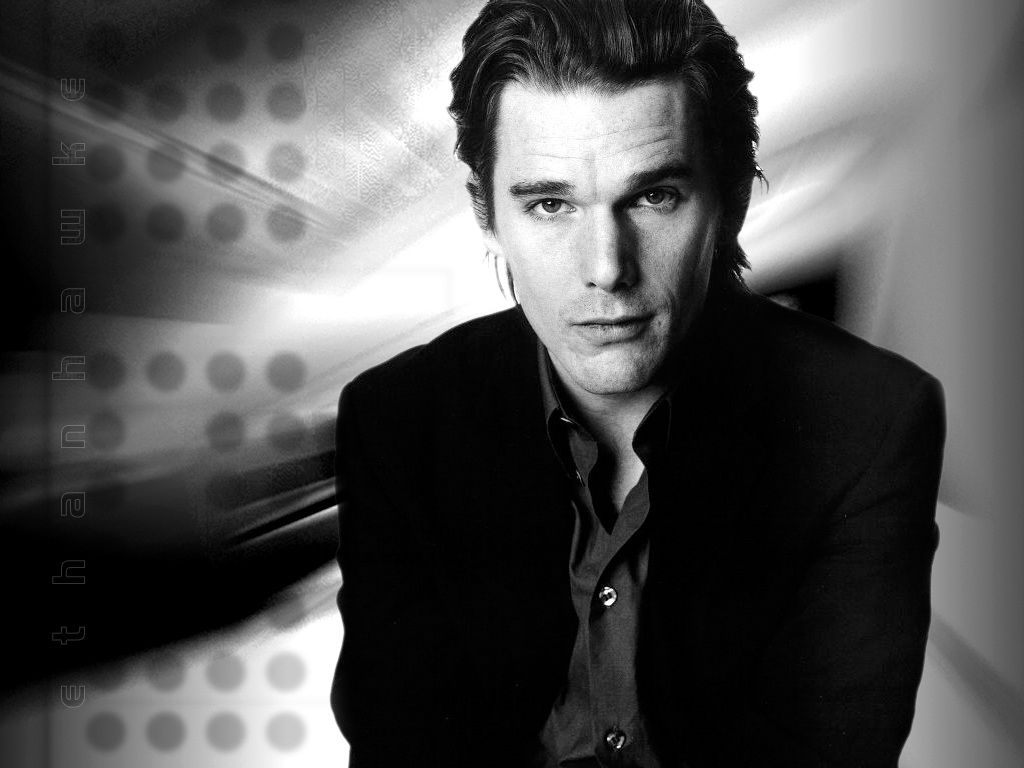 Ethan Green Hawke is an American actor, writer, and director. He has been nominated for four Academy Awards and a Tony Award. Wikipedia 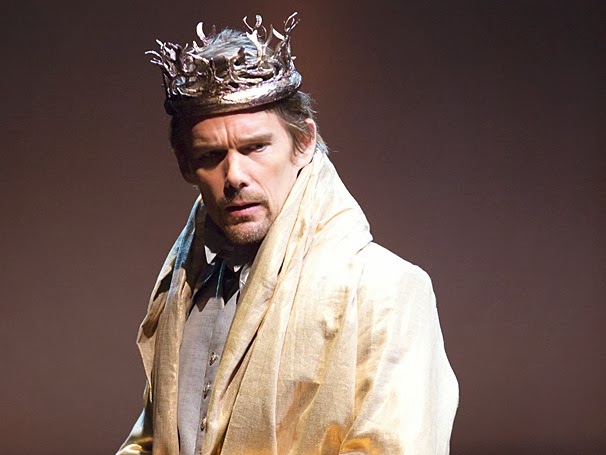 Though best known as a screen actor, Ethan Hawke is also a successful novelist (The Hottest State) and an accomplished stage actor and director.

Ethan first appeared on stage at age 13 in a Princeton University production of St. Joan. This led to an audition for Joe Dante’s offbeat sci-fi comedy, Explorers. Both Ethan and River Phoenix made their film debuts in this movie—Phoenix’s career took off, but Ethan’s went nowhere. He went back to high school and performed in school plays before landing the role as a sensitive prep school student in Dead Poets Society.

From there, Ethan’s star rose. He appeared opposite Jack Lemmon in Dad, took the lead in Disney’s White Fang, and gave a searing performance in Alive.

Between films Ethan appeared in the New York Shakespeare Festival production of Casanova, co-founded a not-for-profit theater group in New York City, directed a short film entitled Straight To One—and got caught in the media spotlight when the tabloids lensed him dancing with Julia Roberts, then Mrs. Lyle Lovett. (It was just an innocent rhumba.)

Ethan had his biggest success with Reality Bites and Before Sunrise, then took a hiatus from Hollywood, returning with new vigor shooting three features in a row: Gattaca with Uma Thurman, Great Expectations with Gwyneth Paltrow, and The Newton Boys with fellow hunks Matthew McConaughey and Skeet Ulrich.

Ethan and actress Uma Thurman fell in love on the set of Gattaca—a movie about genetic perfection. They married on May 1, 1998 and have a daughter, Maya Ray, born July 8, 1998 and a son, Levon, born January 15, 2002. Unfortunately, in 2003, the high profile couple separated amid allegations that Ethan had cheated. Ethan commented shortly after the breakup, “Martin Luther King Jr. suffered from infidelity, so did John F. Kennedy. You’re more likely to find great leadership coming from a man who likes to have sex with a lot of women than one who’s monogamous.” In 2008 he married Ryan Shawhughes. They have a daughter together.

In 2002 Ethan was nominated for his first Academy Award for the supporting role in Training Day (2001). He was nominated three years later for a Screenwriting Academy Award for Before Sunset (2004). In the thriller The Woman in the Fifth (2012) he played a man who becomes involved in with a mysterious woman. In 2015, Ethan received his first Golden Globe nomination as well as his fourth nomination for an Academy Award for his work in Boyhood (2014), which was filmed over a span of 12 years. He most recently starred in Good Kill (2015), Born to be Blue (2016), Maggie’s Plan (2016), The Magnificent Seven (2016), Maudie (2016) and Valerian and the City of a Thousand Planets (2017).

“The funny thing about being me,” Ethan says, “is I feel like I’m doing so well for never having really been in a big hit movie. The fact that I have made money is a huge surprise.”

Previous Post: « To what extent are the noblility of the early middle ages the descendants of the Curiales and nobility of the Roman empire? Were old Roman elites displaced wholesale, or did this class largely adapt to the changing world?
Next Post: Why did Hitler specifically chose to call his desired race “Ayrans” rather than “Germanic”? »