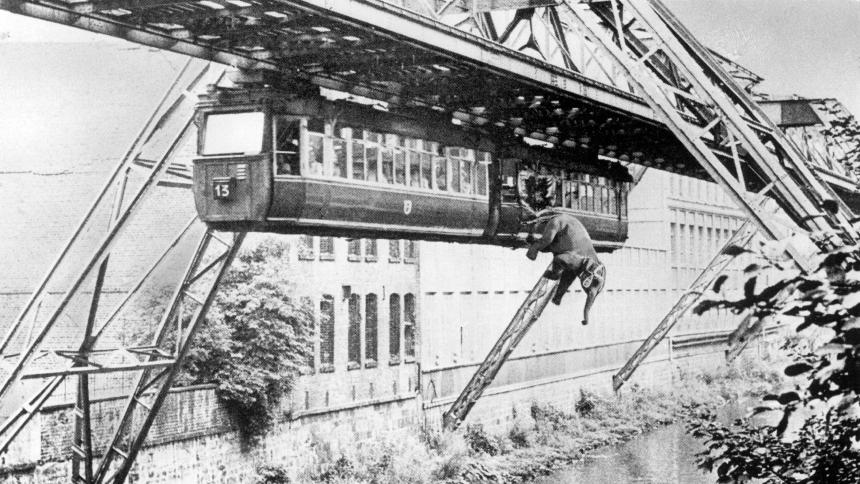 Tuffi (*1946 in India, † 1989 in Paris, France) was a female circus elephant that became famous in Germany in 1950 when she jumped from the suspended monorail in Wuppertal into the river below.

On 21 July 1950 the circus director Franz Althoff had Tuffi, then 4 years old, take the Schwebebahn in Wuppertal, as a marketing gag. The elephant trumpeted wildly and ran through the wagon, broke through a window and fell some 12 metres (39 ft) down into the Wupper river, suffering only minor injuries. A panic had broken out in the wagon and some passengers were injured. Althoff helped the elephant out of the water. Both the circus director and the official who had allowed the ride were fined.

Previous Post: « The Graf Zeppelin practicing a water landing in preparation for the 1931 polar flight.
Next Post: Pak38 5cm AT Gun with improvised camouflage outside the Palace of Physical Culture and Sport – Stalingrad, 1942 »