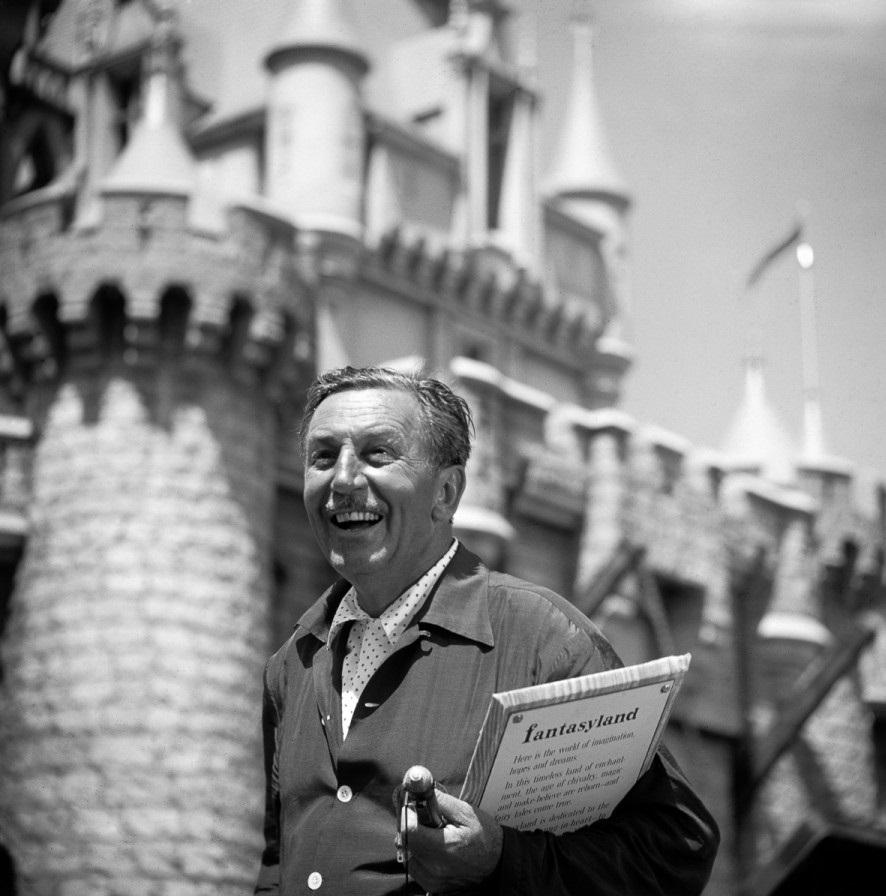 Walt Disney, born in Chicago in 1901, worked as a commercial artist before setting up a small studio in Los Angeles to produce animated cartoons. In 1928, his short film Steamboat Willy, starring the character “Mickey Mouse,” was a national sensation. It was the first animated film to use sound, and Disney provided the voice for Mickey. From there on, Disney cartoons were in heavy demand, but the company struggled financially because of Disney’s insistence on ever-improving artistic and technical quality. His first feature-length cartoon, Snow White and the Seven Dwarfs (1938), took three years to complete and was a great commercial success.

Snow White was followed by other feature-length classics for children, such as Pinocchio (1940), Dumbo (1941), and Bambi (1942). Fantasia (1940), which coordinated animated segments with famous classical music pieces, was an artistic and technical achievement. In Song of the South (1946), Disney combined live actors with animated figures, and beginning with Treasure Islandin 1950 the company added live-action movies to its repertoire. Disney was also one of the first movie studios to produce film directly for television, and its Zorro and Davy Crockett series were very popular with children.

In the early 1950s, Walt Disney began designing a huge amusement park to be built near Los Angeles. He intended Disneyland to have educational as well as amusement value and to entertain adults and their children. Land was bought in the farming community of Anaheim, about 25 miles southeast of Los Angeles, and construction began in 1954. In the summer of 1955, special invitations were sent out for the opening of Disneyland on July 17. Unfortunately, the pass was counterfeited and thousands of uninvited people were admitted into Disneyland on opening day. The park was not ready for the public: food and drink ran out, a women’s high-heel shoe got stuck in the wet asphalt of Main Street USA, and the Mark Twain Steamboat nearly capsized from too many passengers.

Disneyland soon recovered, however, and attractions such as the Castle, Mr. Toad’s Wild Ride, Snow White’s Adventures, Space Station X-1, Jungle Cruise, and Stage Coach drew countless children and their parents. Special events and the continual building of new state-of-the-art attractions encouraged them to visit again. In 1965, work began on an even bigger Disney theme park and resort near Orlando, Florida. Walt Disney died in 1966, and Walt Disney World was opened in his honor on October 1, 1971. Epcot Center, Disney-MGM Studios, and Animal Kingdom were later added to Walt Disney World, and it remains Florida’s premier tourist attraction. In 1983, Disneyland Tokyo opened in Japan, and in 1992 Disneyland Paris–or “EuroDisney”–opened to a mixed reaction in Marne-la-Vallee. The newest Disneyland, in Hong Kong, opened its doors in September 2005.

mulemeow: It really must have felt satisfying. Lot’s of us planned our ultimate Treehouse as kids but this guy grew up and did it.

Skullbone211: “Black Sunday”, when basically everything that could go wrong went wrong. Water fountains didn’t work due to a plumper’s strike, it was so hot high heel shoes sunk into the new asphalt, celebrity guests arrived late due to traffic, and about double the amount of people came thanks to fake tickets and sneaking in. The next day, July 18, was considered the “Real opening day” by both Walt and Roy Disney, but the Disney Company now acknowledges July 17 as the birthday of Disneyland

Previous Post: « “Politics is the art of looking for trouble, finding it everywhere, diagnosing it incorrectly and applying the wrong remedies.” Groucho Marx
Next Post: Men celebrating the end of prohibition, December 5, 1933. »