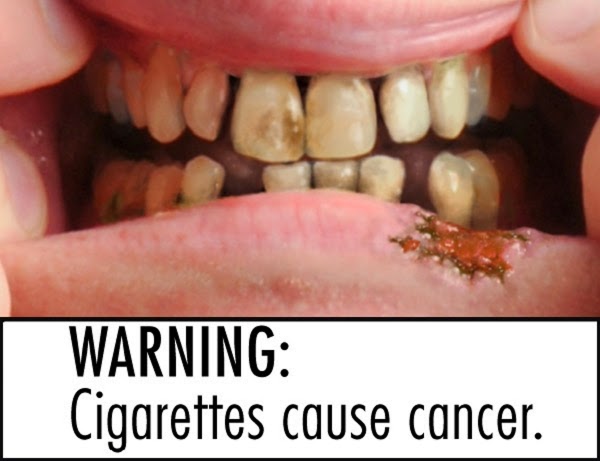 In America and the Western World broadly, it seems like there was a mindset shift over maybe 15 years in the 50s and 60s that cigarettes were bad for you, and that smoking should be discouraged in any way possible, including health warning on cigarette packages and bans on tobacco advertisements. Also the tobacco industry tried to muddy the waters in public opinion and spread the lie that smoking wasn’t actually unhealthy.

In a command economy like the Soviet Union, how did the government respond to the public health challenge? Did they cut back production of tobacco, did they do public service announcements?

Jmorgan22: I can’t answer for the Soviet Union, but if you’re interested in the public health debate in the GDR, East Germany, I’d point you towards The People’s State by Mary Fulbrook which has a chapter on specifically this issue.

Essentially, people became concerned about the effects of smoking on public health earlier than in the West but not really anything was done until after reunification. To some extent the lack of a tobacco lobby and the socialist ideological concern for health and individual needs meant that the debate wasn’t systematically stifled like it was in the West. At the same time, part of the reason there was a huge concern amongst East Germans from the 60’s through the 80’s is because smoking was so absurdly, preposterously prevalent. According to data collected by the Stasi, the state secret police, in the 1980’s 23% of the population were regular smokers by the seventh grade and by grade ten, 59%. The smoking rate for the general adult population was over 70% and the per capita cigarette consumption was 1,257 per year in 1970. So, as you can imagine a lot of people objected to the veritable smog in public spaces and in factories.

The government had a very paternalistic attitude towards public health, priding itself on propaganda aimed at disseminating proper lifestyle choices and mandating compulsory lung x-rays for all citizens. At the same time, the government imported, produced, and sold a growing number of cigarettes every year throughout the state’s history. How this happened was complicated but in general, the regime’s public health imperatives clashes markedly with its economic priorities and the impracticality of instituting a ban on smoking.

There was no cigarette advertising under the GDR not because it was illegal, but because there were no tobacco companies to do so and the state, which alone sold cigarettes, promulgated anti smoking propaganda instead. It was even possible for nonsmokers to petition the state to change jobs if they were offended by their coworkers’ heavy smoking, which was a severe issue in some factories and was also fairly gendered with men smoking more often and more heavily than women. The government avoided the use of repression or a simple ban on smoking because it was, strangely enough, more worried about impinging on people’s personal freedoms than on the populace’s absolute health. This makes some sense when you consider the fact that 70% of the population were smokers – and this figure stays fairly constant across class lines, including the party and state functionaries who were actually making policy – and a restriction on something such a large majority of people did and were addicted to would make lots of them rather pissed off.

Many people used this reluctance to intervene in public health as a rare avenue to criticize the regime, given both smoking’s association with Western capitalist consumer culture and the regime’s willingness to strongly intervene in other areas of public health, as it did with alcoholism. One anonymous woman asked whether “we in the GDR want to provide the world an example of a socialist way of life or simply imitate the West in every respect?” The impulse to create a better society through socialist measures was clashing with state policy of respecting personal freedoms with regard to smoking. The Ministry of Health often stated that “everyone has a right to health,” but people asked why they were subjected to second hand smoke by “inconsiderate” and “immoral” smokers and sought relief from the state. That relief was not forthcoming though, because the state could not seem to justify upholding the right to health of nonsmokers while suppressing the individual liberty to smoke. Instead, the answer was to pedagogically promote the notion of individual rather than social responsibility for creating a healthy public space.

Lastly, one problem with clamping down on smoking comes from the legacy of the Nazi regime, which was the GDR’s direct predecessor and was VERY anti-smoking (although some East Germans did in fact look back at this aspect of Nazi rule with nostalgia). Part of the avoidance of anti smoking legislation in the GDR was in fact to avoid an awkward direct continuation of policy from National Socialism.

Previous Post: « With the death of Charles Manson, a lot of people are making posts partially crediting him with ending the Hippie Era. What did end it and how?
Next Post: The Beatles Apple Shop. London. 1967 »