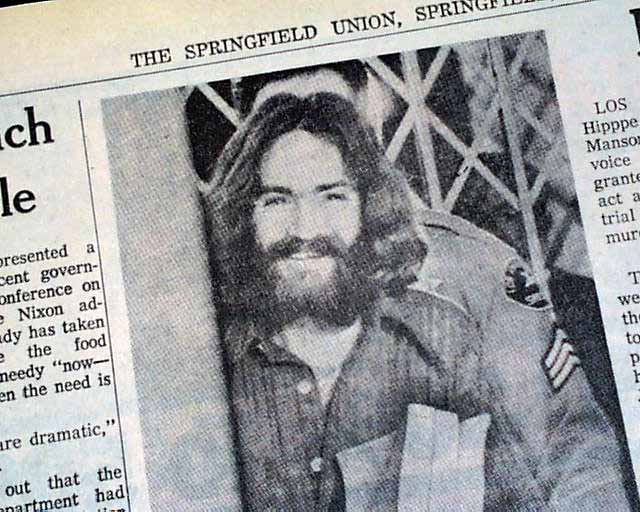 I should be clear that i’m specifically talking about the American hippie culture. Across the threads discussing his death, a common thought that’s expressed everywhere is that his actions somehow contributed to the end of the Hippie movement and the culture that goes with it.

Is it true that it was really a contributing factor and if so, how could it impact a whole cultural movement on such a level? Isn’t it a bit much to credit this event over other, more directly impactful factors?

Mannequinlovers: Your question would benefit from some clarification. What does it mean for an era to end? Did the Counterculture stop when major tastemakers lost interest and moved on to new modes of expression and styles? As in, did the Hippie Era end when (white) punk and (black) funk took off? Or did the Hippie Era end when there ceased to be anything “counter” about the culture, at the point of its cooptation into the establishment?

Some scholars who’ve addressed the new interests are Dick Hebdige and Gaye Johnson. What appeared to draw audiences to the next waves of stylistic innovation was a shift in politics from the affluent 1960s’ hopefulness to the stagnating 1970s’ cynicism. Singing about flower power and world peace did not make as much sense amidst the collapse of the global, capitalist empires and the reversal of economic growth. Manson was therefore a helpful symbol in this switch. And Joan Didion cited waking up to news of the murders as the morning the 1960s ended.

But other scholars have highlighted how Hippies were never all that revolutionary in the first place. Eric Zolof puts them in a transnational context, white men and women who followed in the footsteps of their pioneer, filibuster, and investor forebears into places like Mexico looking for a new market (in authenticity). Tom Frank reads the counterculture as an exercise in effective advertising, that the ad men got to the counterculture early, maybe even invented it. David Harvey reads this cooptation narrative as evidence that the Hippies were always built on capitalist principles of individualism and obsolescence. Steve Jobs, who named his company after an Oregon apple farm commune, is proof Harvey is likely right.

So I wouldn’t blame Charlie. Instead, I’d blame The Pepsi Generation.

Previous Post: « Nikola Tesla in his Laboratory testing his “Magnifying Transmitter”, 1904
Next Post: What was the Soviet response to the discovery that smoking causes cancer? »