A closed community based on any religion or ethnicity is simply a BAD idea.

Here is one such cancer of the society – “Jewism” (whereas the Jews themselves may not see it. Guess it’s precisely things like these caused atrocities like ethnic cleansing … 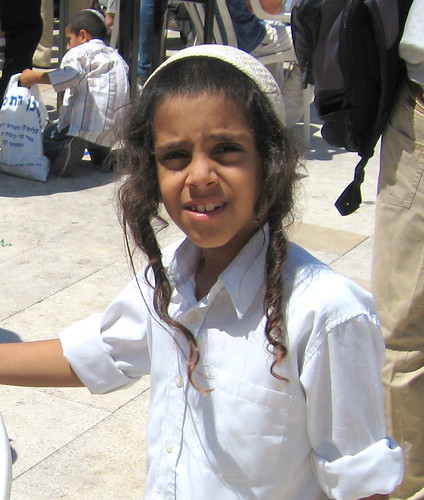 Has anyone heard about what is happening in the Orthodox Jewish town of Lakewood, NJ?

I lived in Lakewood, NJ for over a decade and feel pretty sick about what is going on in that town. A few things stood out to me, mainly surrounding the way the orthodox Jewish people control the government.

BMG is the worlds largest yeshivah, with over 6,000 students. They spend 12 hours a day learning talmud, and nothing else. And yet, they managed to get themselves classified as a college, so they get $6000 per year, per student, in the form of pell grant. Tens of millions a year, with “graduates” that have zero skills.

None of the 15,000 Jewish kids use the public schools, yet the entire school board is comprised of orthodox jews, and they have been consistently funneling money from the public school system, into their private schools. http://www.nj.com/news/index.ssf/2017/08/why_is_lakewood_spending_32_million_to_send_kids_t.html

A big portion of that money is earmarked for special needs students, where they are paid $112,000 per year, per student, more than double the state average http://njleftbehind.org/2017/09/follow-money-way-lakewood-kneel-vaad/

Hundreds of homes are tax exempt because they convert a room into a synagogue, costing the state millions in tax revenues

Recently, a large mall was opposed because it was discovered that it would “allow” non-jews to shop there

A search of “lakewood jewish corruption” will yield many more articles of similar nature. Ryugar: “The school district also has been criticized by education advocates because it spends tens of millions of public dollars on tuition and transportation for students to attend out-of-district special-education and religious schools. Meanwhile, the mostly black and Latino students attending public schools could lose about 120 teachers next year because of a $15 million budget shortfall.”

Yea, that is really f–ked up. It sounds just like that Jewish district in NY, think Bronx area. Same sh–, using public funds for their Jewish students but public school kids get screwed on textbooks and stuff.

The orthodox Jews have sparked my interest lately with all this doomsday stuff coming out about Jewish prophecy and their 3rd temple…. I grew up with a lot of Jews at my school, but never had problems in my area. I was friends with many of em, and crushed on a few of the girls (who doesn’t love green eyes and a curvy waist). But they were the “reformed” kind so basically barely Jewish, not orthodox. People give Muslims a lot of sh–, but there is honestly very little difference between a conservative Muslim and a orthodox Jew. Same types of dietary restrictions or separation of sexes. Kinda scary how much influence they have and how much they try to isolate or treat others instead of coexist. They wanted that Jewish mall to not have “outsiders” and make all the stores close on Saturday… that is just ridiculous.

And regarding the tax exemption for prayer room… if I got a Hindu temple in my house does that mean I qualify LOL?

Also… this name for one of their special needs schools ““The School for Children with Hidden Intelligence”…. I hope their headmaster isn’t named Xavier and we bout to be overrun with Jewish kids with mutant powers. Normally I would think that is just a joke, but lately I have been thinking bout all the discussion regarding symbols and words having real power behind it and I dunno anymore. Even more so cause I have started to see symbols and patterns hidden in artwork after studying some esoteric books and sacred geometry, there is so much hidden in plain sight that it really makes you think what is going on there.

dr_delancey: The rabbit hole goes much deeper than that. Research organ harvesting in Lakewood. Let me know how you make out.

wwwwho: This is from a few years ago, but I have no reason to believe it’s any different now [Homeland Security Grants to Jewish Organizations](https://forward.com/news/breaking-news/203059/jewish-groups-get-94-of-homeland-security-grants/)

Badaise: Sorry I meant to post this link from the LA Times last September.

Grobulox: The orthodox Jewish community here is like a fucking plague of locusts that come into your town, intentionally drive down property prices of everywhere they inhabit, buy the properties, knock them down and then essentially take over the town. They tried with our town and it led to a years long banding together to resist them as if they were a fucking raider army.

The worst is that any complaint of this behavior is easily written off as antisemitism to anybody who hasn’t experienced it first hand. Read up on the town of Ramapo, read up on the town of Munsey. These people have extensive legal knowledge, a huge amount of resources and a clear agenda.

Badaise: I live roughly 30 miles south of Lakewood. Over the last 25 years it went from a nice place to live to a slum. Most citizens in this county are wide awake to the corruption that has gone on, however it always seemed to fall to deaf ears.

BeardedBeerGuy: And what about the welfare scam they’re doing now too?

Landstander19: Used to ride my motorcycle thru there. The organ harvesting thing explains why everyone was trying to kill me.

crosseyed_rednik: How is it different from tax dollars going towards Catholic Schools? I admit I have never heard of the yeshivah there.

Previous Post: « Sun Yat-Sen, the revolutionary and founding father of the Republic of China, posed with his wife and officers of his army at the presidential palace in Canton, 1922
Next Post: Oprah Winfrey’s Hypocripsy & POTUS 2020? »