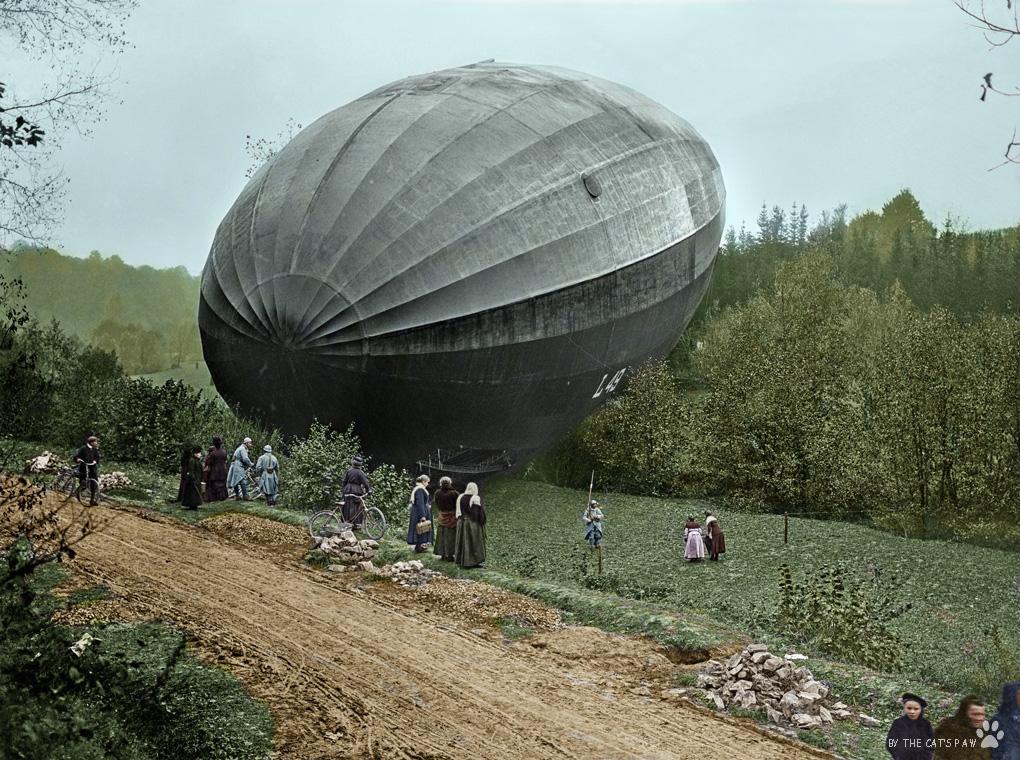 The Zeppelin P Class was the first Zeppelin airship type to be produced in quantity after the outbreak of the First World War. 22 of the type were built as well as 12 of a lengthened version, the Q Class . They were used for many of the airship bombing raids on the United Kingdom in 1915-16, for naval patrol work over the North Sea and Baltic and were also deployed on the eastern and south-eastern fronts… Wikipedia

Toad32: Would one well placed bullet take on of these down? Seems like an unlikely choice for a war ship.

HowlingPantherWolf: This looks somewhat surreal, it resembles something like an alien ship

« Commuters on the NYC subway reading of Kennedy’s assassination, 1963
A group of punks and skinheads facing eviction from a house they had been squatting in. London, June 25, 1979 »