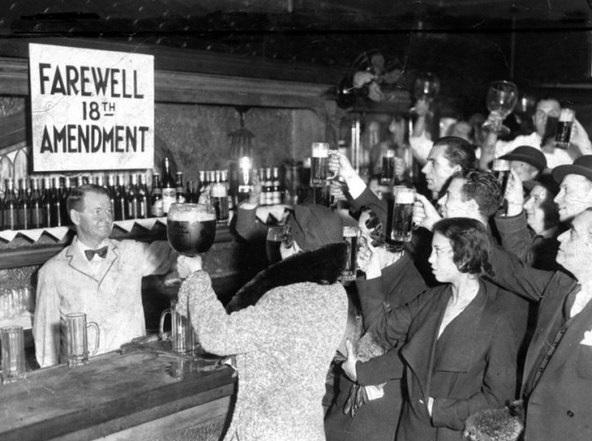 blimunda25: I’m guessing there were mad tips for the barman that night.

Matt872000: That girl in the trenchcoat looks like a flasher… « Men celebrating the end of prohibition, December 5, 1933.
Russian Bolsheviks posing for a photo shortly before storming the Winter Place in Petrograd during the October Revolution, 8 November (25 October O.S.), 1917 »