Eric Trump has accused Ellen DeGeneres of being a Deep State mole who works for a shadow government trying to undermine the Trump administration. 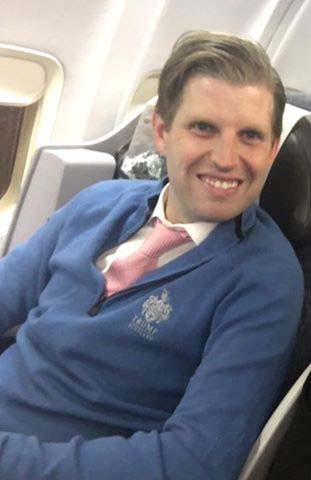 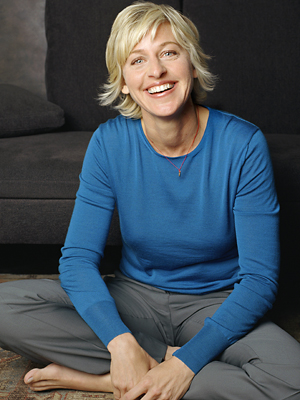 The presidential son brought up the infamous conspiracy theory on social media, suggesting that the talk show host is a key member of the #DeepState.

The accounts recommended to him were Hillary Clinton, Barack Obama, and Ellen DeGeneres.

All three of the accounts belong to Deep State agents, according to Eric Trump, and are being promoted by the Democrat-aligned social media site.

This isn’t the first time Ellen has used her influence to promote the New World Order’s agenda.

Back in October, she conducted a bizarre interview with Las Vegas shooting security guard Jesus Campos who had mysteriously vanished after the attack but conveniently reappeared to tell his story to Ellen.

Fox News anchor Tucker Carlson questioned why Campos gave his one and only interview to Ellen DeGeneres, a person sponsored by the owners of the Mandalay Bay hotel, MGM.

After playing a clip of the interview, Tucker remarked, “is that really an interview?”

“Well, it turns out it could actually be a bizarre case of cross-marketing by MGM Resorts that owns Mandalay Bay, sponsors, by the way, The Ellen DeGeneres Show, and features Ellen themed slot machines in many casinos including Mandalay Bay.”

Carlson went on to interview Mark Steyn, who agreed that the whole thing seemed completely staged.

“Because, whether by intention or design, nothing is proceeding normally in this case up to the absurdity where someone says, ‘I’m only going to give one interview and I’m gonna give it to Ellen DeGeneres,’” Steyn told Carlson.

Steyn noted how the timeline changed repeatedly and not a single photograph was released of Paddock by authorities despite Las Vegas being one of the most heavily surveilled cities in the world.

“There’s dishonesty in here somewhere, I don’t know what it adds up to,” Tucker said.

You can watch Ellen’s interview with Jesus Campos below:

Trump Jr. is currently losing it on Twitter over Bannon bombshells

War is tearing through the #MAGA camp in the wake of the announcement that former White House Chief Strategist and putrid overlord of right-wing online rag Breitbart News has finally stabbed the Trump administration squarely in the back.

A new deep-dive book about the inner workings of the Trump team has been penned by journalist Michael Wolff, and early excerpts are already proving to be incredibly inflammatory. In interviews with the author, Bannon accuses Donald Trump Jr. of “treasonous” behavior and adds that there is “zero chance” that then-candidate Donald Trump didn’t meet with Russians in Trump Tower.

As soon as the explosive news hit the internet, President Trump fired back at his former confidant and strategist in a lengthy, angry statement in which he accused Bannon of losing his mind, removing any doubt that at least a hefty chunk of the book excerpts are true.

Now, another lickspittle member of the Trump campaign has come out swinging against Bannon. Donald Trump Jr., perhaps seeing prison bars in his future if Steve Bannon’s accusations are proven to be true, started to lose it on Twitter.

Sahil Kapur of Bloomberg News tweeted out that Alabama now has a Senator who’s a Democrat and one who is a former Democrat, a reference to the victorious Doug Jones and already-serving Richard Shelby, a Republican who used to be a Democrat.

Jones won a Senate special election, beating out accused pedophile, Republican Roy Moore, who was foisted onto the people of Alabama by Steve Bannon, who even flew to the state to campaign for the serial predator. Moore lost, and Bannon suffered a humiliating ding against his reputation as some kind of brilliant, populist whisperer.

Always the good little nepotistic soldier for his father, Donald Trump Jr. saw Kapur’s tweet, and immediately responded to it, pouncing on Bannon and sarcastically thanking him for getting Jones elected.

He then took another shot Bannon by pointing out that he was losing his audience at Breitbart News, the source of all of Bannon’s (possibly waning) power.

Wow, Just looked at the comments section on Breitbart. Wow. When Bannon has lost Breitbart, he’s left with . . . umm, nothing.

He then returned to the previous topic by getting another dig in about the Roy Moore loss.

It would be amazing if there would have been a nice simple path to keeping this seat with a nice 30 point margin… #thanksstevehttps://twitter.com/politico/status/948632599093706752 …

Not yet done, he circled back to Breitbart, saying that Andrew Breitbart, the namesake of the publication and a fearful, small-minded rightwinger in his own right, would have been ashamed of the website’s current state.

Andrew Breitbart would be ashamed of the division and lies Steve Bannon is spreading!

The Trump era is imploding faster than most expected. As these sycophants and conmen tear each other apart like cannibalistic rats, the world will finally see just what craven, unpatriotic lifeforms they truly area. Hopefully, Robert Mueller finishes up his investigation soon and puts them all out of their misery.