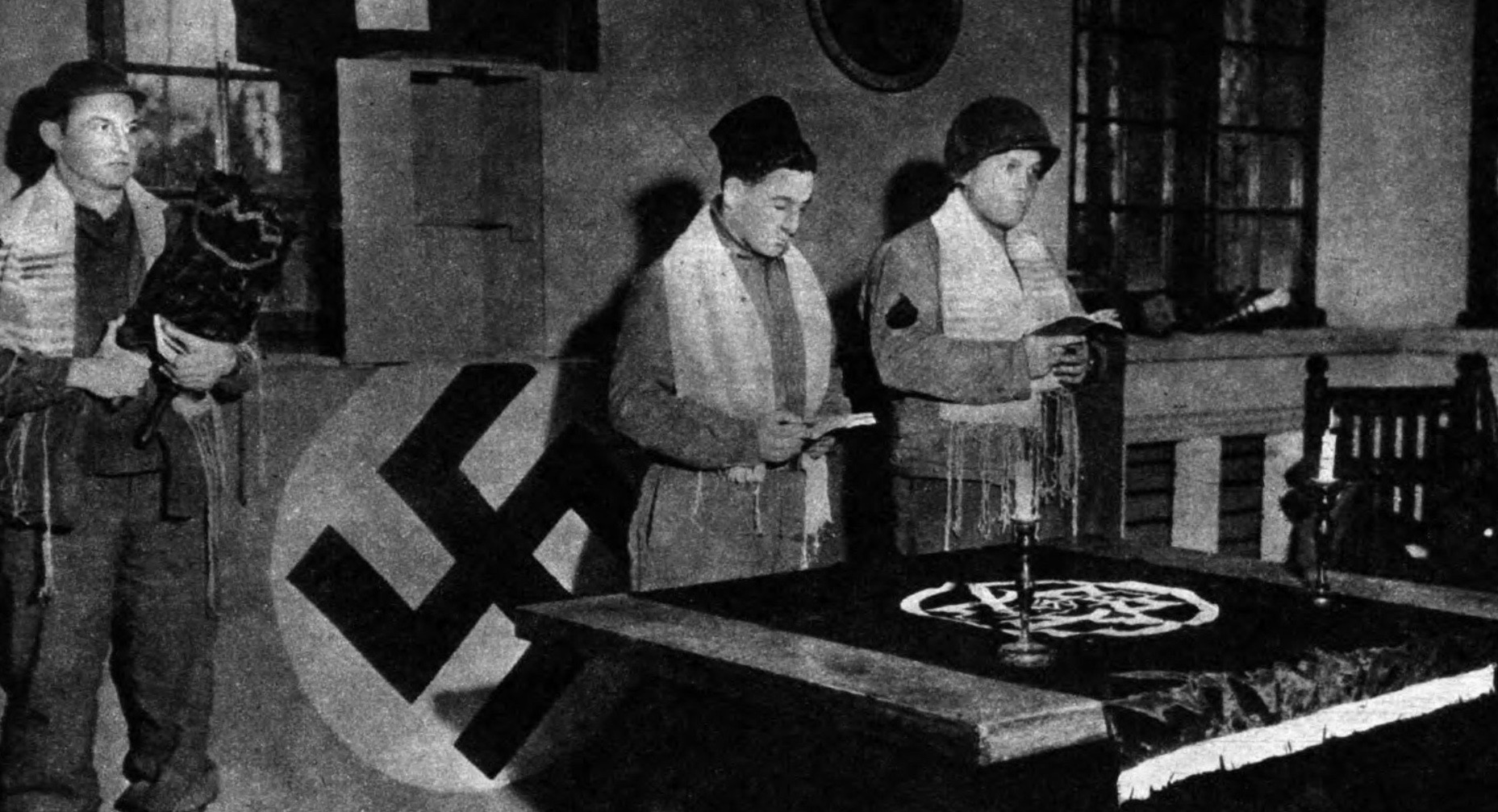 Hitler Endorsed by 9 to 1 in Poll on his Dictatorship, but Opposition Is Doubled

Negative Count Is Larger in Districts of Business Men and Intellectuals

Berlin, Monday, Aug. 20 — Eighty-nine and nine-tenths per cent of the German voters endorsed in yesterday’s plebiscite Chancellor Hitler’s assumption of greater power than has ever been possessed by any other ruler in modern times. Nearly 10 per cent indicated their disapproval. The result was expected.

The German people were asked to vote whether they approved the consolidation of the offices of President and Chancellor in a single Leader-Chancellor personified by Adolf Hitler. By every appeal known to skillful politicians and with every argument to the contrary suppressed, they were asked to make their approval unanimous.

Nevertheless 10 per cent of the voters have admittedly braved possible consequences by answering “No” and nearly [text unreadable] made their answers, ineffective by spoiling the simplest of ballots. There was a plain short question and two circles, one labeled “Yes” and the other “No,” in one of which the voter had to make a cross. Yet there were nearly 1,000,000 spoiled ballots.

The results given out by the Propaganda Ministry early this morning show that out of a total vote of 43,438,378, cast by a possible voting population of more than 45,000,000, there were 38,279,514 who answered “Yes,” 4,287,808 who answered “No” and there were 871,056 defective ballots. Thus there is an affirmative vote of almost 90 per cent of the valid votes and a negative vote of nearly 10 per cent exclusive of the spoiled ballots which may or may not have been deliberately rendered defective.

How Chancellor Hitler’s vote declined is shown by a comparison with the result of the Nov. 12 plebiscite on leaving the Disarmament Conference and the League of Nations. The tabulation follows:

These results therefore show that the number of Germans discontented with Chancellor Hitler’s course is increasing but is not yet seriously damaging to it. He is the Fuehrer [leader] of the Reich with absolute power by the vote of almost 90 per cent of the Germans in it but the number of dissentients has doubled since the last test.

It is not yet a matter for international concern but there are other considerations which may be.

The endorsement gives Chancellor Hitler, who four years ago was not even a German citizen, dictatorial powers unequaled in any other country, and probably unequaled in history since the days of Genghis Khan. He has more power than Joseph Stalin in Russia, who has a party machine to reckon with; more power than Premier Mussolini of Italy who shares his prerogative with the titular ruler; more than any American President ever dreamed of.

No other ruler has so widespread power nor so obedient and compliant subordinates. The question that interests the outside world now is what Chancellor Hitler will do with such unprecedented authority.

Nazi opinion is not disposed to be altogether cheerful about the result. When one high official was asked by this correspondent to comment on it he said:

“Obviously we feel the effects of June 30.”

He referred to the execution of Ernst Roehm and other Storm Troops chiefs.

That is also the opinion of many other Germans, especially among the more substantial classes. They interpret the result as the beginning of a protest against the rule of arbitrary will and as an effort to force Chancellor Hitler back to the rule of law.

In their view the vote may induce the Fuehrer to steer henceforth a more moderate course and take account of the sensibilities of general opinion. Some of the more optimistic even hope it may induce him to get rid of some of his radical advisers to whom the opposition within Germany is great.

This view, however, is not shared generally and the dissent is borne out by the remark of a Nazi official who said bitterly, “We have become too soft.”

A feature of the election was that former Marxists cast a far heavier vote for Chancellor Hitler than the so-called bourgeoisie. In Berlin especially, judging by their vote, former Communists still are Leader Hitler’s most loyal followers. In one voting district in Wedding, where a few years ago Communists fought from behind barricades against the police, the “yes” votes amounted to 949; the “no” votes and invalid ballots totaled 237.

In one district west of Berlin, inhabited mainly by business men and intellectuals, the “yes” vote only 840 and the “no” votes and invalid ballots totaled 351. Other tests provided similar results.

In the Communist districts protest votes with Communist inscriptions were rare. In Western Berlin they were more frequent. In one district five ballots had the name “Thaelmann” written in. [Ernst Thaelmann is an imprisoned Communist leader.] One ballot contained this inscription, “Since nothing has happened to me so far I vote ‘Yes.'” It was signed “Non-Aryan.”

Interesting also are the following results: the hospital of the Jewish community in one district cast 168 “Yes” votes, 92 “Noes,” and 46 ballots were invalid. The Jewish Home for Aged People in another district cast 94 “Yes” votes, four “Noes” and three invalid ballots. This vote is explainable, of course, by the fear of reprisals if the results from these Jewish institutions had been otherwise. It is paralleled by other results outside Berlin.

In all Bavaria Chancellor Hitler received the largest vote in his favor in the concentration camp at Dachau where 1,554 persons voted “Yes” and only eight “No” and there were only ten spoiled ballots.

The “No” vote, in other words was 20 per cent of the total vote. Counting the invalid ballots as negative in intent, the total opposition votes exceeded 22 per cent. The percentage of the electorate voting was 92.4.

Hamburg is the home city of Ernst Thaelmann and on his triumphant entry into the city on Friday, Herr Hitler made it a point to drive past herr Thaelmann’s former home.

As far as observers could ascertain, the election everywhere was conducted with perfect propriety, and secrecy of the ballot was safe-guarded. The ballots were marked in regular election booths and placed in envelopes and these were put in the ballot boxes. After the voting had ended the ballot box was emptied on a large table and the vote was counted publicly in the regular manner. Appraising of individual votes seemed impossible.

One check on possible non-voters, however, was exercised by instructions that the voting authorizations issued to those who for one reason or another planned to be outside their regular voting district on election day must be returned unless used. The number of such authorizations issued for this election exceeded anything known before.

Throughout the day Storm Troopers stood before each polling place with banners calling on the voters to vote “Yes.” Otherwise voters remained unmolested. Inside the polling places uniforms and even party emblems had been forbidden, but the execution of this order was lax. In some apparently doubtful districts brown uniforms dominated the scene as a warning to would-be opponents.

All past efforts in getting out the German vote were eclipsed in this election. During Saturday night a huge final poster was plastered on billboards everywhere. It said:

Your leader [Hitler] has traveled 1,500,000 kilometers by airplane, railway and motor car in the cause of Germany’s rebirth. You have but to walk 100 meters to your voting booth to vote “yes.”

All over Germany means were taken to get the Sunday late-sleeping population out of bed early. The polls opened at 8 o’clock, but in Berlin Storm Troops, Hitler Youth Troops and Nazi labor union groups took to the streets as early as 6 o’clock to wake the populace by shouting at them to do their duty