According the conspiracy theorists, there is no accident. The recent “large scale attack” consisting of at least a dozen strikes on Syrian and Iranian military targets inside Syria by Israel as a result of the downing of an Israeli F-16 fighter jet is part of the Greater Israel Conspiracy. 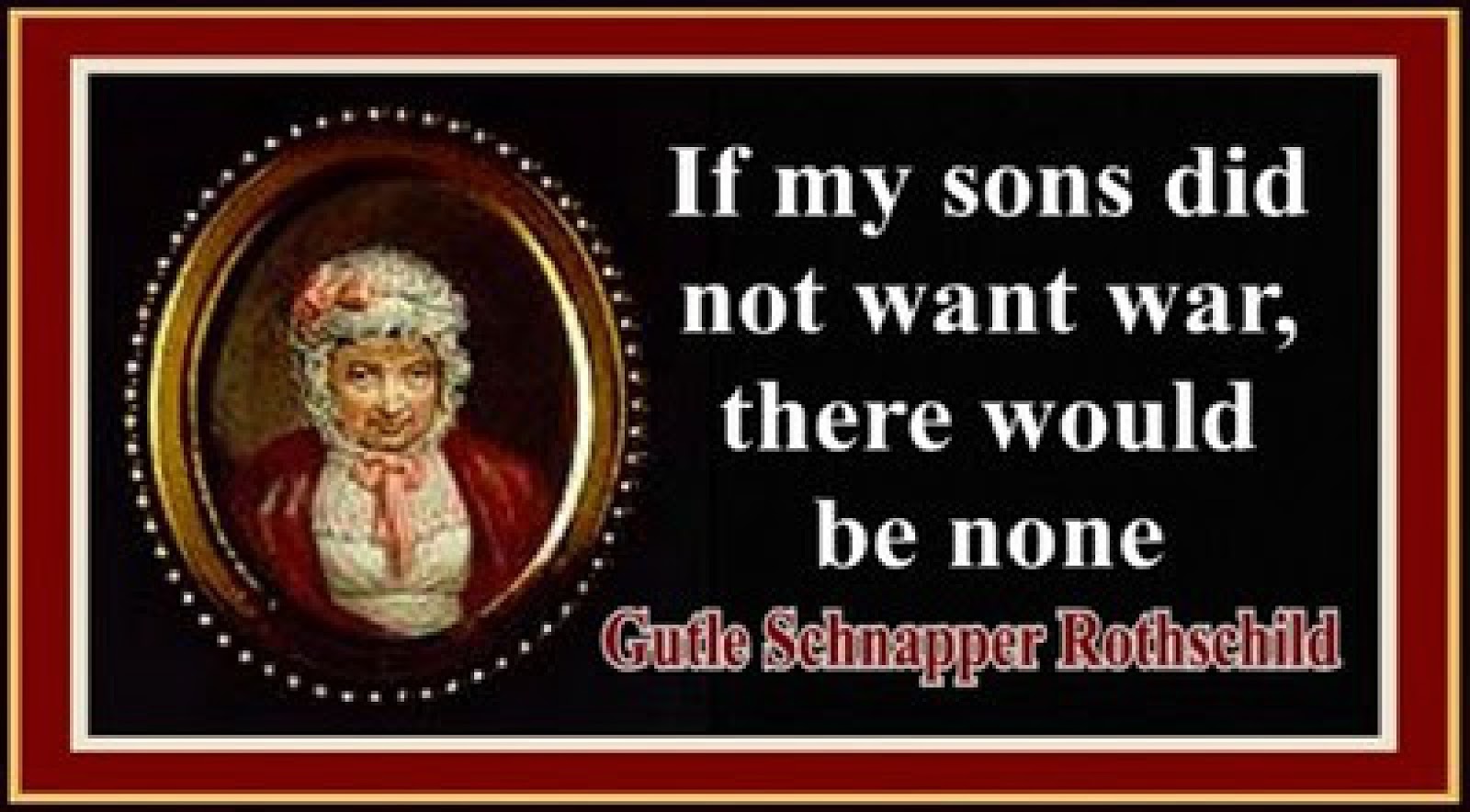 Just like Israel wasn’t created directly due to Holocaust. Zionism has started decades earlier, in fact, long before Adolf Hitler joined the army. 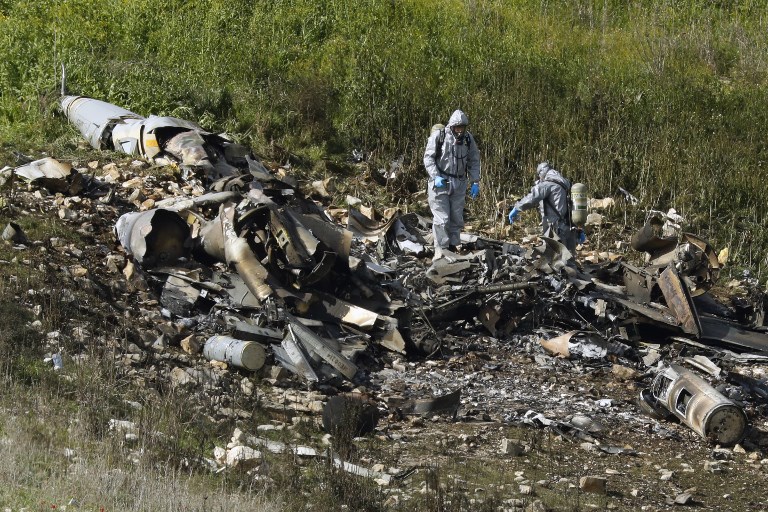 The plan was to stage an Israeli F-16 fighter jet being shot down inside its territory. Read: INSIDE ISRAEL. And then go on to report an incursion of an Iranian drone, which Israel will say it too has been destroyed by Zion Power. Despite official denial from Iran,

Iran has dismissed as “ridiculous” Israels claims that it had intercepted an Iranian drone launched from Syria.

Israel went ahead to launch a cross-border attack on an Iranian target in Syria, and then launched more attacks on Syrian and Iranian targets inside Syria.

It appears Iran totally fell for Israel’s tricks as they announced,

Iran has vowed to ‘obliterate’ Israel after the Israeli military retaliated to one of its fighter jets being shot down by Syrian forces.

Iran’s Lieutenant Commander, General Hossein Salami, warned that his country will “open the gates of Hell over Israel,” if they make another move against the Syrian regime.

Well, Israel will do whatever it takes to provoke the “towelhead Mullah” so as to make them explode, and order retaliation without thinking (they say “towelhead” can’t really think – lack of oxygen going to their brain). If so, Voila … Netanyahu and Trump will be laughing their way to Heaven with Win-Win-Win total happiness.

What can be sweeter than achieving Greater Israel and at the same time, diverting public attention from sh*t like Netanyahu’s massive corruption protest back home and pushing toward impeachment for Trump? 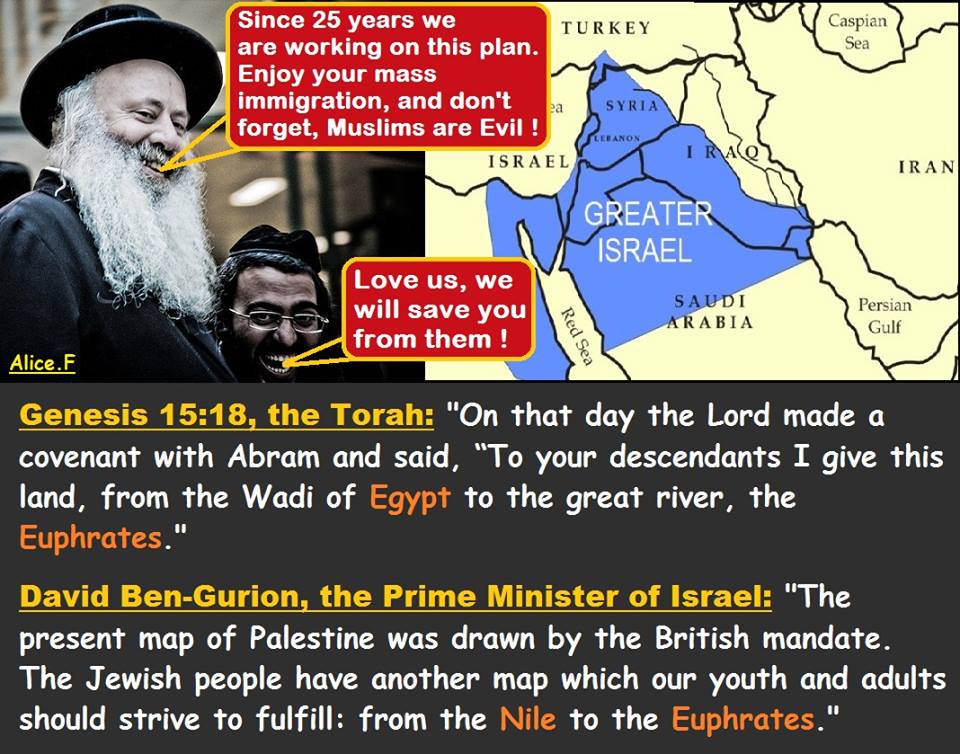 Israel issued a stark warning to Iran on Sunday, warning that it fully intends to “wipe Iran off the map” if they continue to defend Syrian airspace. 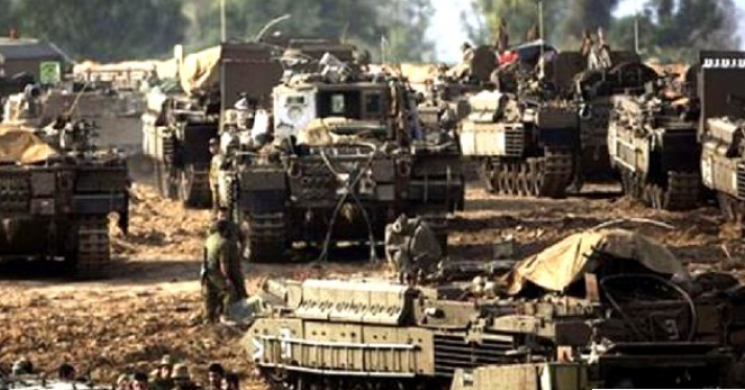 Israel carried out huge air raids in Syria on Saturday, including against Iranian targets – the first time it has publicly admitted doing so since the start of Syria’s seven-year civil war.

Yahoo News reports: The raids came after an Israeli F16 fighter was shot down by Syrian air defences. The pilots survived, but it was Israel’s first loss of a warplane in battle since 1982.

“We inflicted on Saturday a heavy blow to Iranian and Syrian forces,” Prime Minister Benjamin Netanyahu said at the start of Sunday’s cabinet meeting.

“We made clear to everyone that our rules of engagement will not change in any way. We will continue to harm anyone who tries to harm us. This was our policy and this will remain our policy.”

Other Israeli ministers spoke of refusing to accept Iran entrenching itself militarily in Syria, as Netanyahu has said repeatedly. Tehran denies it is doing so.

While several analysts said they did not expect a further escalation in the coming days, some spoke of the possibility of the Syrian war entering a new phase.

Syria has become more emboldened to try to stop Israeli strikes inside the country, while Israel wants to maintain its ability to operate there when it sees fit, said Ofer Zalzberg of the International Crisis Group think tank.

Israel has sought to stay out of direct involvement in the Syrian war, but it acknowledges carrying out dozens of air strikes there to stop what it describes as deliveries of advanced weapons to Lebanese Shiite group Hezbollah.

Israel fought a devastating war in 2006 with Hezbollah, which along with Iran and Russia backs the Syrian regime in the conflict.

“I think this incident is more likely to be contained because fundamentally it is a gradual attempt to renegotiate the so-called rules of the game,” Zalzberg said, adding that Russia should mediate.

Witnesses said Israel had deployed a missile defence system in the Israeli-occupied Golan Heights near the demarcation line with Syria on Sunday morning.

Saturday’s events began with Israel shooting down what it described as an Iranian drone that had entered Israeli airspace from Syria — which Tehran has denied.

On Sunday, Israeli military spokesman Jonathan Conricus alleged the drone was a copy of a US model captured by Iran in 2011. He said the conclusion was made from an analysis of the drone’s debris.

Israel responded on Saturday with a raid on what it said was the Iranian control systems in Syria that sent the drone.

The pilots ejected and the plane crashed inside Israel. One crew member was severely wounded, but his condition was said to be improving on Sunday.

Israel then carried out what it called “large-scale” air strikes inside Syria, including against what it described as Iranian targets.

Conricus warned on Saturday that Syria and Iran were “playing with fire”, but stressed that Israel was not seeking an escalation.

“This is the most blatant and severe Iranian violation of Israeli sovereignty” in recent years, Conricus said.

Iran dismissed Israeli “lies” and said Syria had the right to defend itself against Israeli attacks.

Iranian foreign ministry spokesman Bahram Ghasemi said “Iran does not have a military presence in Syria, and has only sent military advisers at the request of the Syrian government.”

Russia stressed the need to “avoid any measure that could lead to a dangerous escalation”.

Netanyahu spoke with both Russian President Vladimir Putin and US Secretary of State Rex Tillerson after Saturday’s confrontation.

Washington backed Israel and blamed Iran for the escalation.

Tillerson on Sunday begins a Middle East tour that will take him to Jordan, Turkey, Lebanon, Egypt and Kuwait.

Netanyahu has met regularly with Putin in recent months in a bid to convince Russia to keep Iranian forces away from Israeli territory.

Russia and Israel have also established a hotline to avoid accidental clashes in Syria.

Israel is technically at war with Syria and occupies a swathe of the Golan Heights that it seized in the Six-Day War of 1967 and later annexed in a move never recognised by the international community.

The Israeli military has deployed anti-missile systems, as well as “missile defense batteries” on the northern part of country’s border with Syria, according to reports. 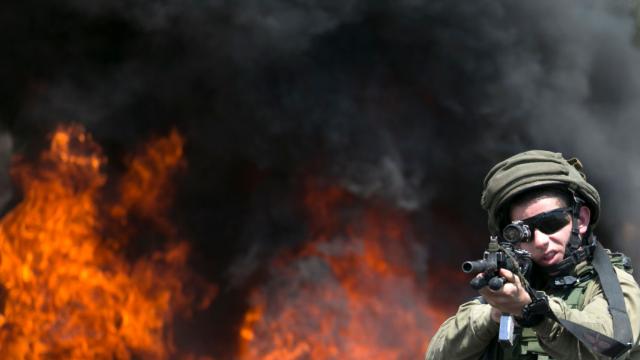 The move comes a day after the Syrian army shot down an intruding Israeli F-16 warplane.

Press TV reports: The Jerusalem Post on Sunday cited witnesses as saying that they had seen convoys of “missile defense batteries” north-bound near the city of Baka al-Gharbiya. It said others had posted photos of “trucks carrying the batteries on central highways in northern Israel.”

The report said the Israeli army had “refused to comment.”

Early on Saturday morning, reportedly eight Israeli warplanes were deployed to target positions inside Syria. The Syrian military, which has previously absorbed occasional Israeli strikes, activated its air defense systems and shot down at least one Israeli F-16.

Israel claimed that it had earlier intercepted an “Iranian” drone, and that the warplanes had been dispatched to hit the site where the drone had been launched from, only to face Syrian anti-aircraft fire.

Iran rejected the claim about an Iranian drone as “too ludicrous to warrant a response.” And the Syrian military said it had responded to Israeli “aggression” and had hit more than one aircraft.

More than 24 hours after the incident, however, Israeli accounts of the developments were varied and confused. One Israeli report quoted the pilots of the downed F-16 — who parachuted out of the warplane — as saying that they realized they had been “hit” only after hearing an explosion. “[We heard] an explosion and realized we were hit,” Israeli Channel 2 cited them as saying.

Another said the pilots ejected “when they recognized that one of the missiles had locked onto their jet.”

Some Israeli reports claimed that a direct hit had not occurred and that shrapnel from an exploding missile had pierced through the warplane.

Trash talk, lots of it

The Israeli military has long boasted of superior aerial power. Before Saturday’s crash, the Tel Aviv regime had not lost a warplane in 35 years — since the first Israeli war on Lebanon, in 1982.

The downing by Syria of the Israeli jet worked to deflate that narrative, particularly since it was only the first time Syria was actively confronting intruding Israeli aircraft.

Various Israeli news articles and analyses reflected the sentiment that the self-proclaimed Israeli “invincibility” had been shattered. Reports spoke of “cracks” in Israeli “arrogance,” and “a blow to the pride” of the Israeli regime.

“The Syrian army will find itself under fire if it continues to cooperate and allow Iran to position itself on Syrian soil,” Katz said, repeating a paranoiac Israeli mantra about Iranian activity in Syria.

Iran has said it has no military presence in Syria and is only offering Damascus advisory military help.

Observers say that the downing of the Israeli jet sent Tel Aviv the message that Syria and other countries whose airspace is violated by Israel are now ready to stop those violations.

On Sunday, Israeli Prime Minister Benjamin Netanyahu suggested that the Israeli attacks against positions in Syria would continue.

He said the regime had conducted strikes after the downing of the F-16, which he said showed ” that our modus operandi has not changed one bit.” 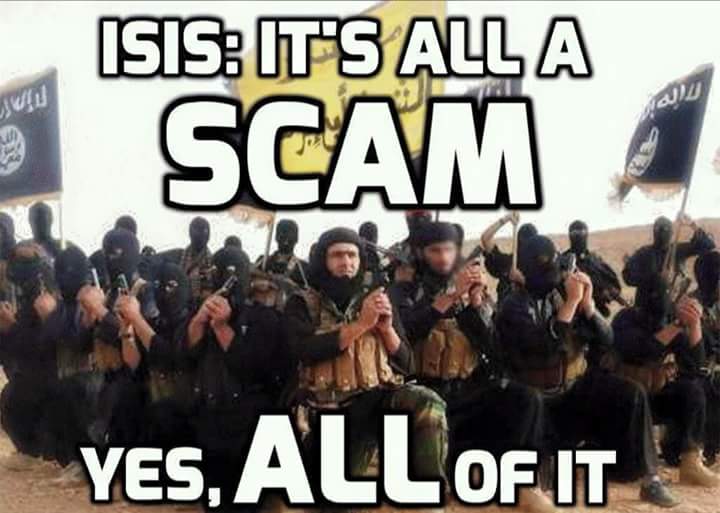 Who Is The Boss? Putin F Netanyahu F Trump in Syria-Israel-Iran+US-Russia War