During WW2 Japan owned French-Indochina, Dutch East Indies and British Malaya. Why did they still have supply problems dispite owning those provinces which had a lot of oil? 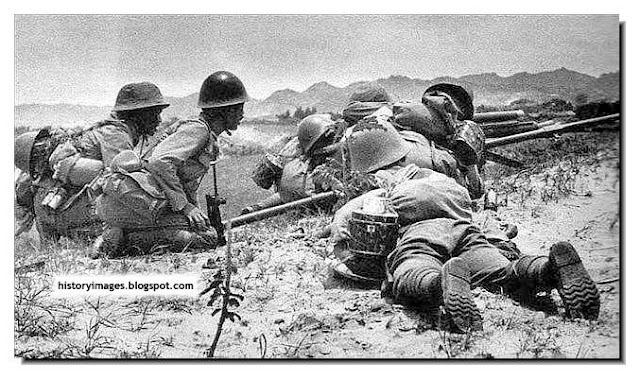 There are basically three elements to this.

First. While the the Southern Resource Area was oil rich by Japanese standards it was significantly less productive than other areas of the world at the time. In 1940 while the US produced 183 million tons of crude, the Dutch East Indies produced 8 million tons of crude. The rest of the region added a few million more tons. The US and other Allies also had access to the international market which added places like Venezuela (27Mt), Iran (10Mt), Mexico (7Mt), etc. Japan didn’t have access to any of that. So they were stuck using only the oil produced in the SRA and the tiny amounts produced in pre-war territories (mainly Japan and Taiwan/Formosa). Of the world’s 294 Mt oil output Japan had access to around 11 Mt.

Second. Japanese occupied territories never matched their pre-war output. One the the very last things the European powers did before the area was captured was to destroy refineries and wells. The Allies also focused on disrupting oil production, much like they did in Europe. So air raids were common. I can’t find mid-war production figures at the moment, but between 1940 and 1945 oil production in the Dutch East Indies dropped from 8 Mt of crude, to less than 1 Mt of crude. At no point did Japan ever get more than a fraction of the production the area had before the war.

Third. Japan had a grossly inadequate fleet of tankers. In December 1942, the country as a whole had 58 tankers, with a total carry capacity of around 600,000 tons. During the war they converted a number of other ships into tankers including passenger ships, they captured foreign tankers, and anything else they could think of. In all around 200 Japanese ships served as tankers. But it was never adequate, especially by mid-to-late-war when the submariners began to focus on the tankers. Japan could never adequately get the little oil they had to where they needed it. By late war the IJN was refueling some ships with raw crude directly from the fields rather than trying to transport the fuel to refineries and then back out to the fleet. This resulted in the damage to a number of boilers, due to the high sulfur content of the Bornean crude.

In short Japan had access to 3% of the pre-war production, never actually achieved those pre-war figures, and couldn’t have transported if they had.

Contrast that to the US, who themselves had local oil shortages at times. The US produced 67% of the world’s crude (and had access to about 80% of the global supply). They managed to increase pre-war production numbers during the war, including opening brand new fields. They had a vastly larger tanker fleet to start the war, and built a ridiculous number during the war. Just counting only the workhorse T2-SE-A1 models, the US built 481 during the war. Which alone accounts for about 2.5x as many as all Japanese tankers that served at all during the war.